While it’s not a principle, I often think of the parable of the Taoist farmer. The Taoist farmer has one horse, and the horse runs off. The villagers lament his misfortune, and he replies “We’ll see.” The horse returns with four more horses, and the farmer is praised for his good luck. He replies, “We’ll see.” His son then attempts to break the horses, and breaks his leg. Again, the villagers console him for his bad luck. The reply again is “We’ll see.” Then the army comes and conscripts all the able-bodied young men, but the farmer’s son is spared. — Michael Sachse 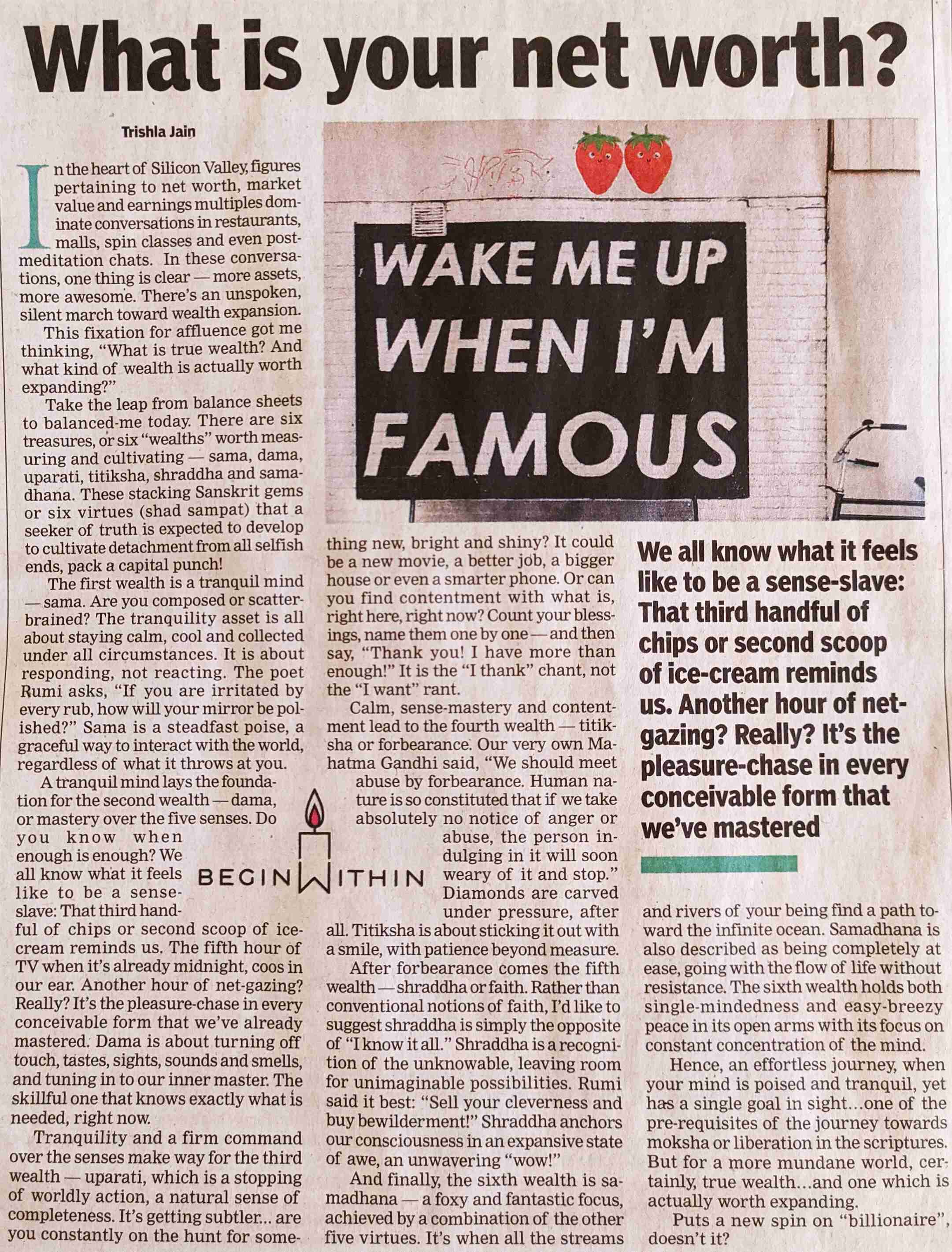 The only real shortcut in life is to understand it backwards. It’s easier to solve a maze backwards and the same holds true with life. Learn from people further down the path than you and make their hindsight your foresight. 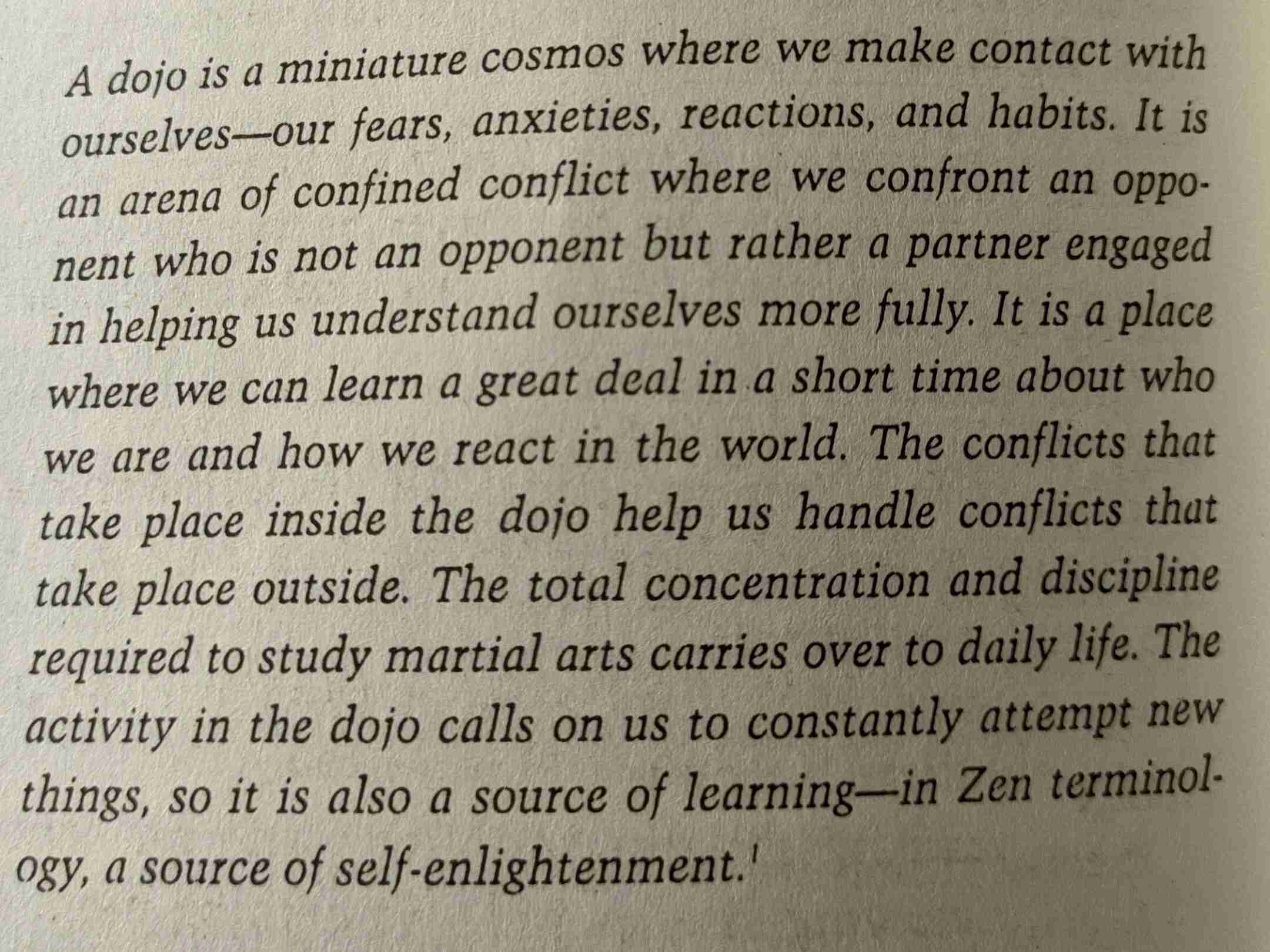 I’m positive that in 100 years much of what I take to be true today will be proved to be wrong, maybe even embarrassingly wrong, and I try really hard to identify what it is that I am wrong about today. 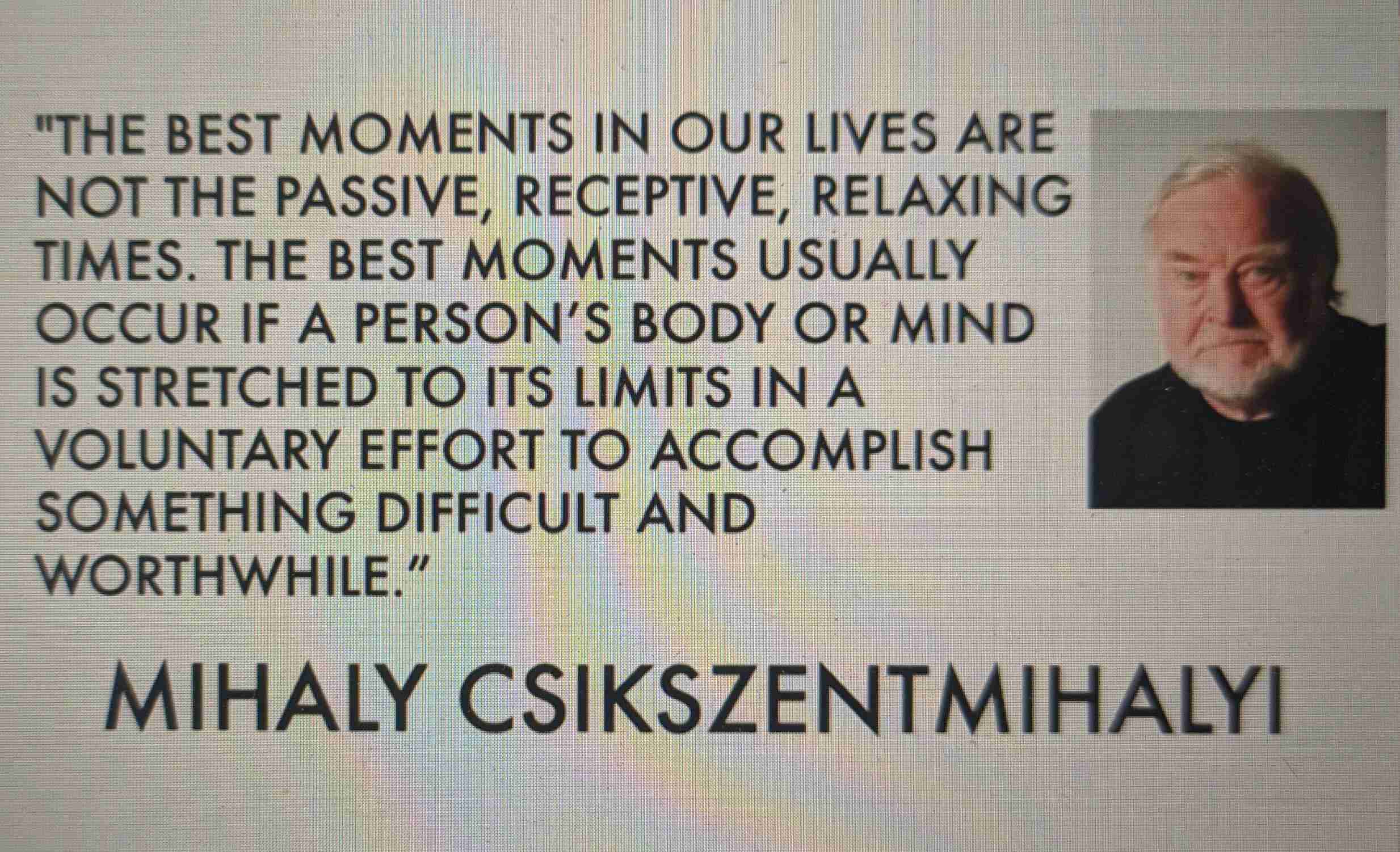 A lot of problems happen because of your internal state. When you’re calm, happy, and fulfilled you don’t pick fights, create drama, or keep score. 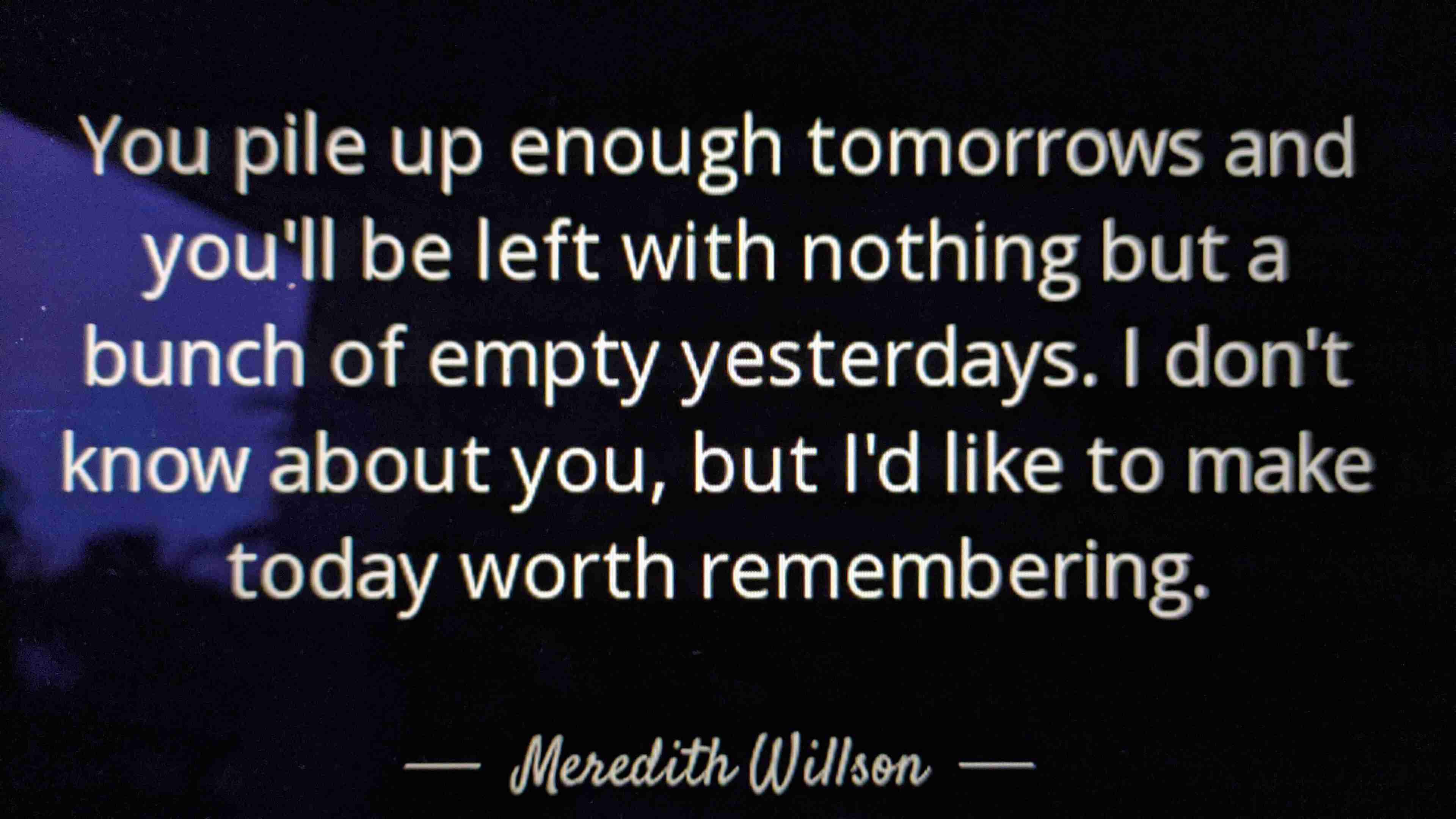 “A child can teach an adult three things: to be happy for no reason, to always be busy with something, and to know how to demand with all his might that which he desires.” — Paulo Coelho

“One of the biggest things holding people back from doing great work is the fear of making something lame. And this fear is not an irrational one. Many great projects go through a stage early on where they don’t seem very impressive, even to their creators. You have to push through this stage to reach the great work that lies beyond. But many people don’t. Most people don’t even reach the stage of making something they’re embarrassed by, let alone continue past it. They’re too frightened even to start.” —Early Work by Paul Graham

The right thing to do is often obvious. It’s not the choice that’s difficult so much as dealing with what the choice means. We have to have a hard conversation. We have to break someone’s heart. We have to do something hard. We have to break out of the prison of how other people think we should live. The price of avoiding these things is making yourself miserable. While the pain of dealing with reality is intense, it’s over rather quickly. The suffering of miserableness never really goes away. The choice of being miserable is the bargain you strike with yourself to avoid pain. 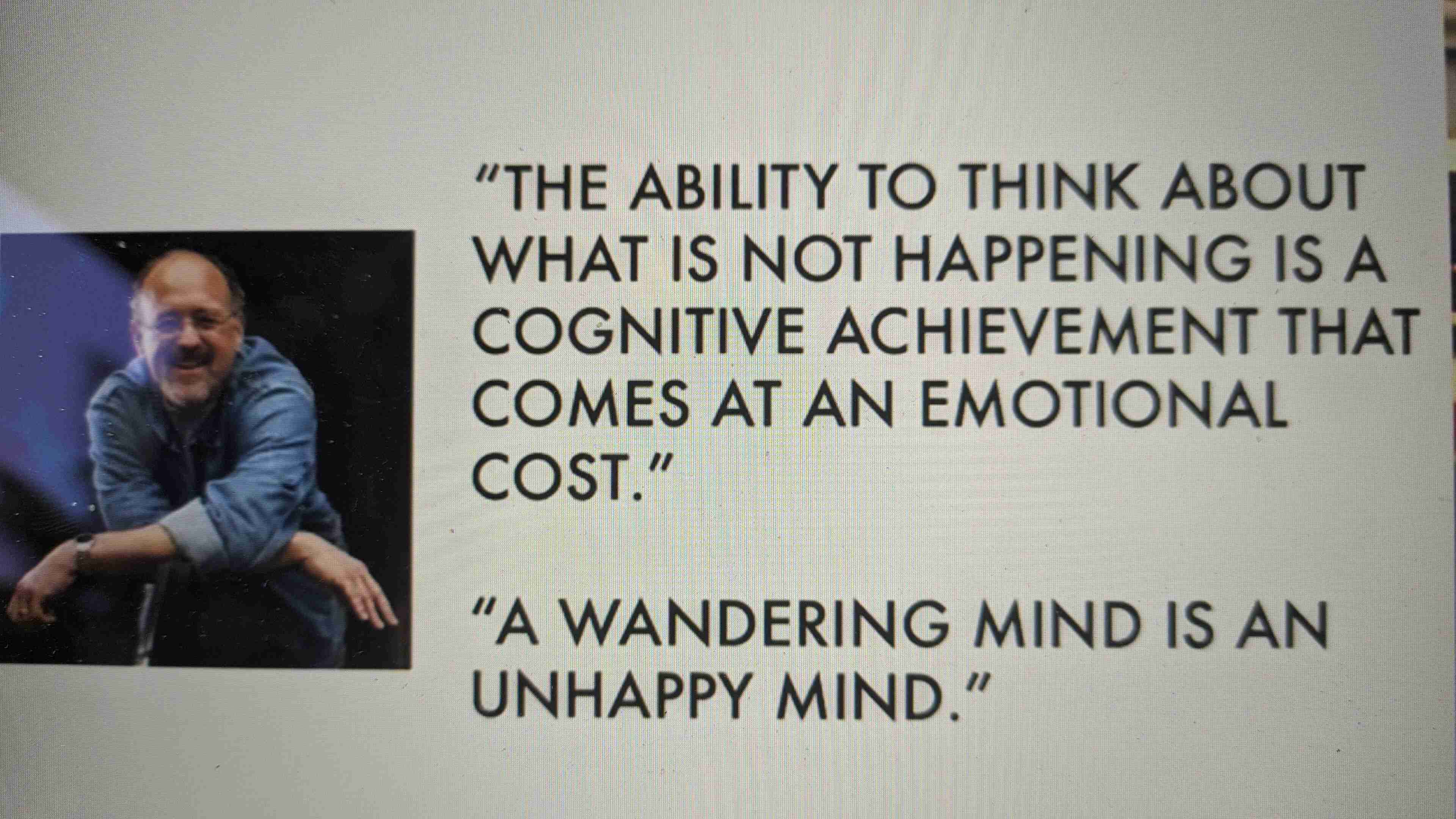 I have configured servers, written code, built web pages, helped design products used by millions of people. I am firmly in the camp that believes technology is generally bending the world in a positive direction. Yet, for me, Twitter foments neurosis, Facebook sadness, Google News a sense of foreboding. Instagram turns me covetous. All of them make me want to do it—whatever “it” may be—for the likes, the comments. I can’t help but feel that I am the worst version of myself, being performative on a very short, very depressing timeline. A timeline of seconds. - Craig Mod

“Changes that seem small and unimportant at first will compound into remarkable results if you’re willing to stick with them for years.”

And this is one of the great tasks of leadership for us, as individuals and citizens this year. But even if we act to erase material poverty, there is another greater task, it is to confront the poverty of satisfaction - purpose and dignity - that afflicts us all. Too much and for too long, we seemed to have surrendered personal excellence and community values in the mere accumulation of material things…. Robert F. Kennedy March 18, 1968 link

“This is a fundamental irony of most people’s lives. They don’t quite know what they want to do with their lives. Yet they are very active.” - Ryan holiday

From a holistic perspective, taking lots of time OFF is actually key to productivity. Your best ideas will happen while you’re away from work. Your motivation to succeed will be heightened if you have deep and meaningful relationships with friends and family. Your thinking and creativity will be better if you exercise daily. From an essential-perspective, you want to have lots of stimulating, stretching, entertaining, and beautiful areas of your life.

“I would define cowardice as failure to act as my conscience dictates, because of fear of physical injury or ridicule.” - Allen Carr

Praying: It doesn’t have to be the blue iris, it could be weeds in a vacant lot, or a few small stones; just pay attention, then patch a few words together and don’t try to make them elaborate, this isn’t a contest but the doorway into thanks, and a silence in which another voice may speak. — Mary Oliver

One of the most effective techniques is one practiced unintentionally by most nerds: simply to be less aware what conventional beliefs are. It’s hard to be a conformist if you don’t know what you’re supposed to conform to. Though again, it may be that such people already are independent-minded. A conventional-minded person would probably feel anxious not knowing what other people thought, and make more effort to find out. It matters a lot who you surround yourself with. If you’re surrounded by conventional-minded people, it will constrain which ideas you can express, and that in turn will constrain which ideas you have. – Paul graham link