I am so firmly determined, however, to test the constancy of your mind that, drawing from the teachings of great men, I shall give you also a lesson: Set aside a certain number of days, during which you shall be content with the scantiest and cheapest fare, with the coarse and rough dress, saying to yourself the while: “Is this the condition that I feared?”. It is precisely in times of immunity from care that the soul should toughen itself beforehand for occasions of greater stress, and it is while Fortune is kind that it should fortify itself against her violence. In days of peace, the soldier performs manœuvres, throws up earthworks with no enemy in sight, and wearies himself by gratuitous toil, in order that he may be equal to unavoidable toil. – On Festivals and Fasting; Moral letters to Lucilius https://en.wikisource.org/wiki/Moral_letters_to_Lucilius/Letter_18

“Today, “identity” feels a bit like a paradox, either celebrated as if it were entirely knowable and indisputable, or else the potential subject of an ambitious makeover. What hasn’t changed, I think, is the dodge: the fear that someone might see us for who we really are.” — How ‘The Talented Mr. Ripley’ Foretold Our Era of Grifting link 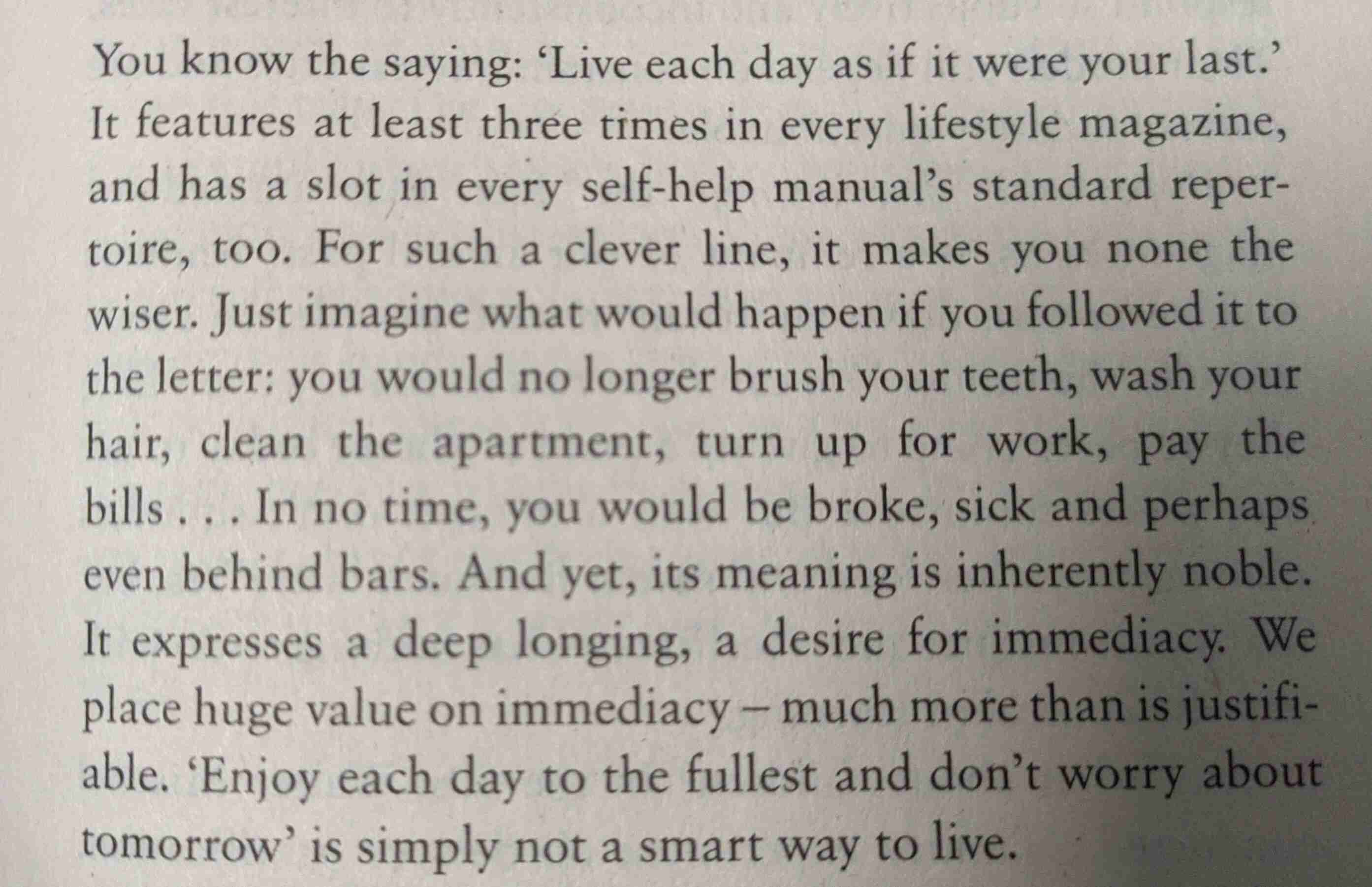 If you’re not seeking approval, they have no power.

It doesn’t have to be the blue iris,

it could be weeds in a vacant lot, or a few small stones;

just pay attention, then patch a few words together and don’t try

to make them elaborate, this isn’t a contest but the doorway

into thanks, and a silence in which another voice may speak. — Mary Oliver 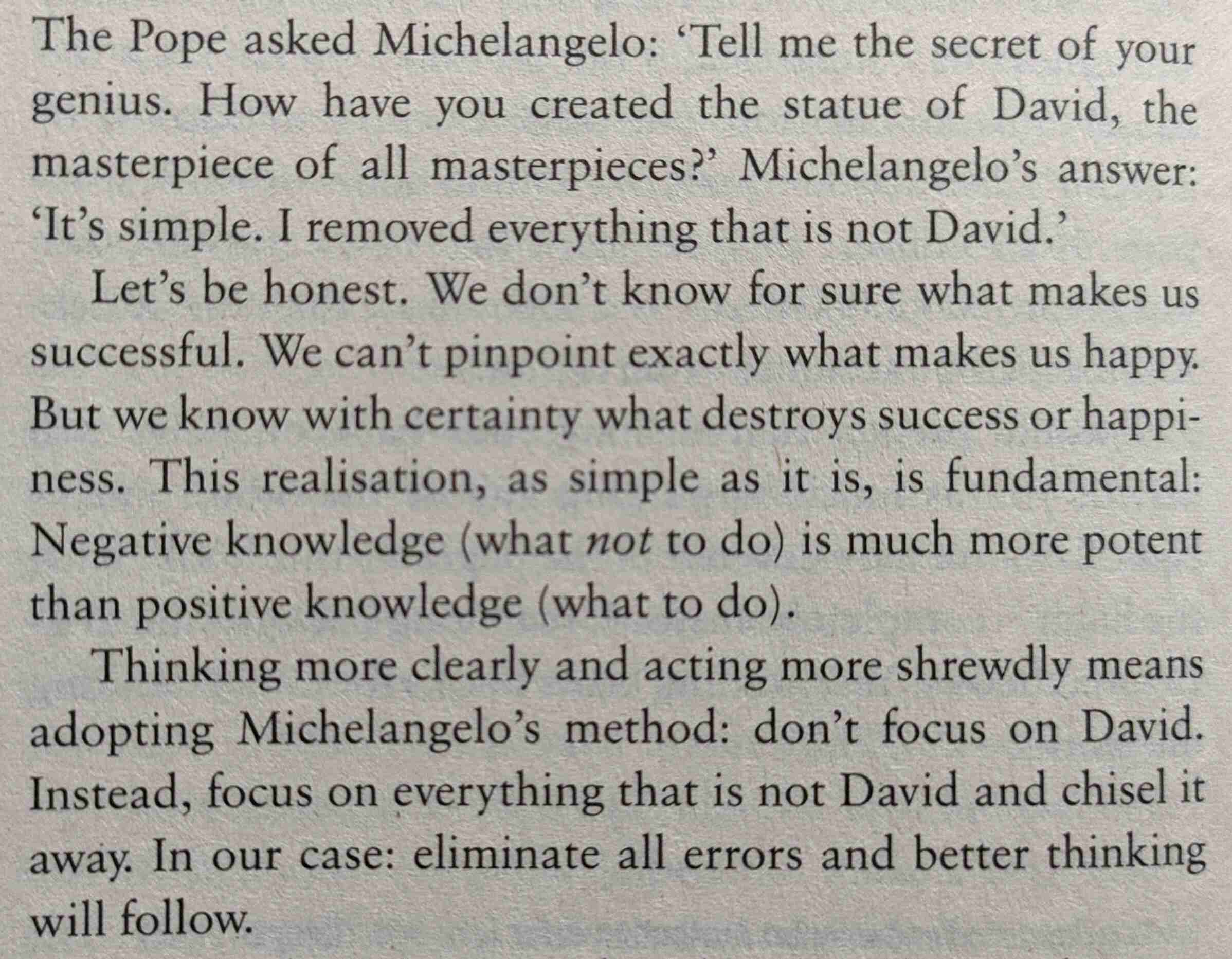 “Nothing other people do is because of you. It is because of themselves. All people live in their own dream, in their own mind; they are in a completely different world from the one we live in. When we take something personally, we make the assumption that they know what is in our world, and we try to impose our world on their world.” – Don Miguel Ruiz in The Four Agreements

Most advice is people giving you their winning lottery ticket numbers. If you survey enough people, all of the advice will cancel to zero. 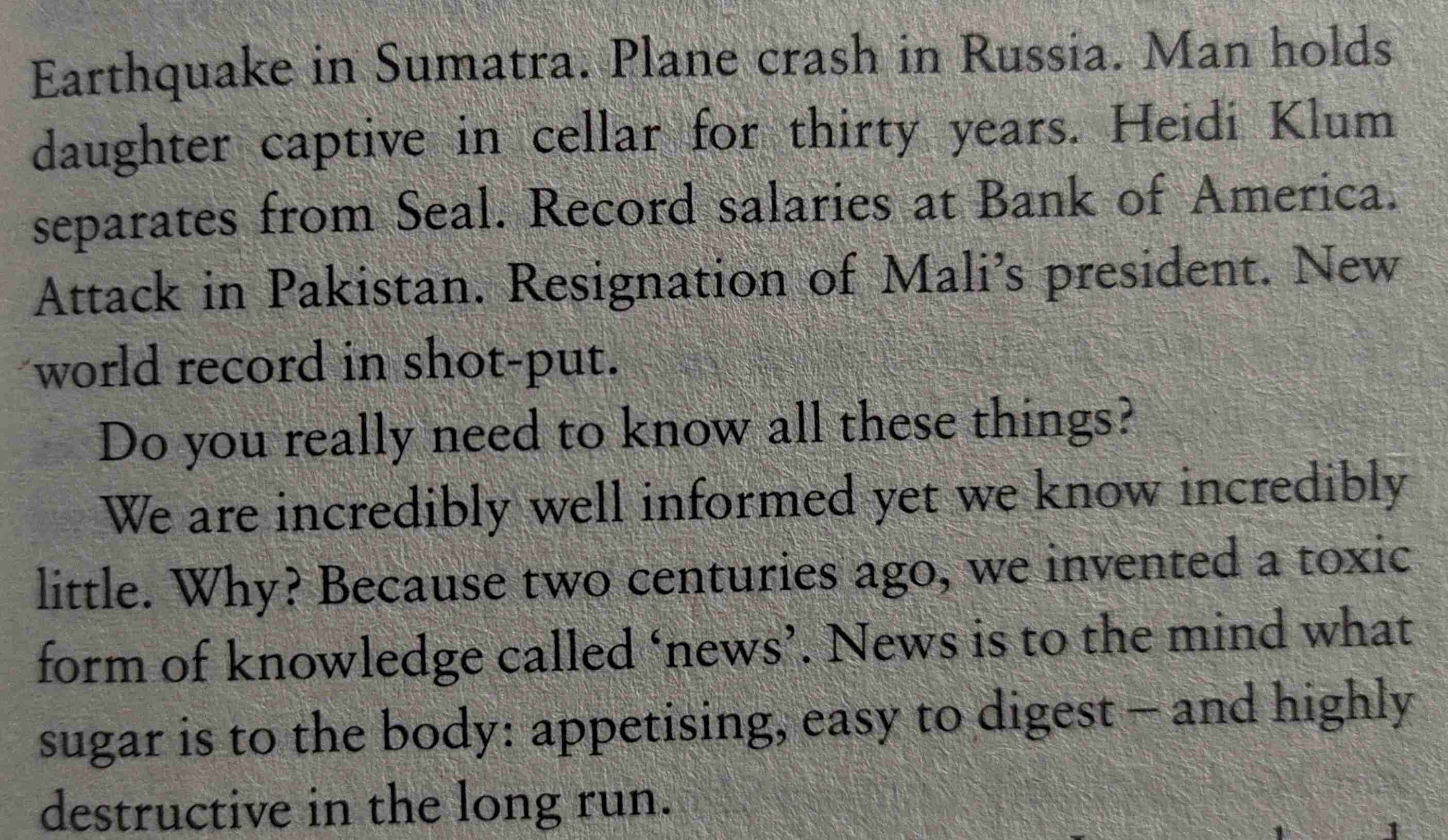 We tend to measure performance by what happens when things are going well. Yet how people, organizations, companies, leaders, and other things do on their best day isn’t all that instructive. To find the truth, we need to look at what happens on the worst day.

“I just try and avoid being stupid. I have a way of handling a lot of problems. I put them on what I call my too-hard pile. Then I just leave them there. I’m not trying to succeed in my too-hard pile.” — Charlie Munger

Some calculus tricks are quite easy. Some are enormously difficult. The fools who write the textbooks of advanced mathematics - and they are mostly clever fools - seldom take the trouble to show you how easy the easy calculations are. On the contrary, they seem to desire to impress you with their tremendous cleverness by going about it in the most difficult way. Being myself a remarkably stupid fellow, I have had to unteach myself the difficulties, and now beg to present to my fellow fools the parts that are not hard. Master these thoroughly, and the rest will follow. What one fool can do, another can. – Calculus Made Easy, 1910. Silvanus P. Thompson Complete book: link

If you diet, invest, and think according to what the “news” advocates, you’ll end up nutritionally, financially, and morally bankrupt. - Naval

The truth is that change doesn’t come without action. If you aren’t living the life you want, don’t expect to get any closer to it without taking action. Without action you’re just relying on luck, and that likely won’t get you far. The day you decide to take ownership of your own life is going to be your luckiest day. 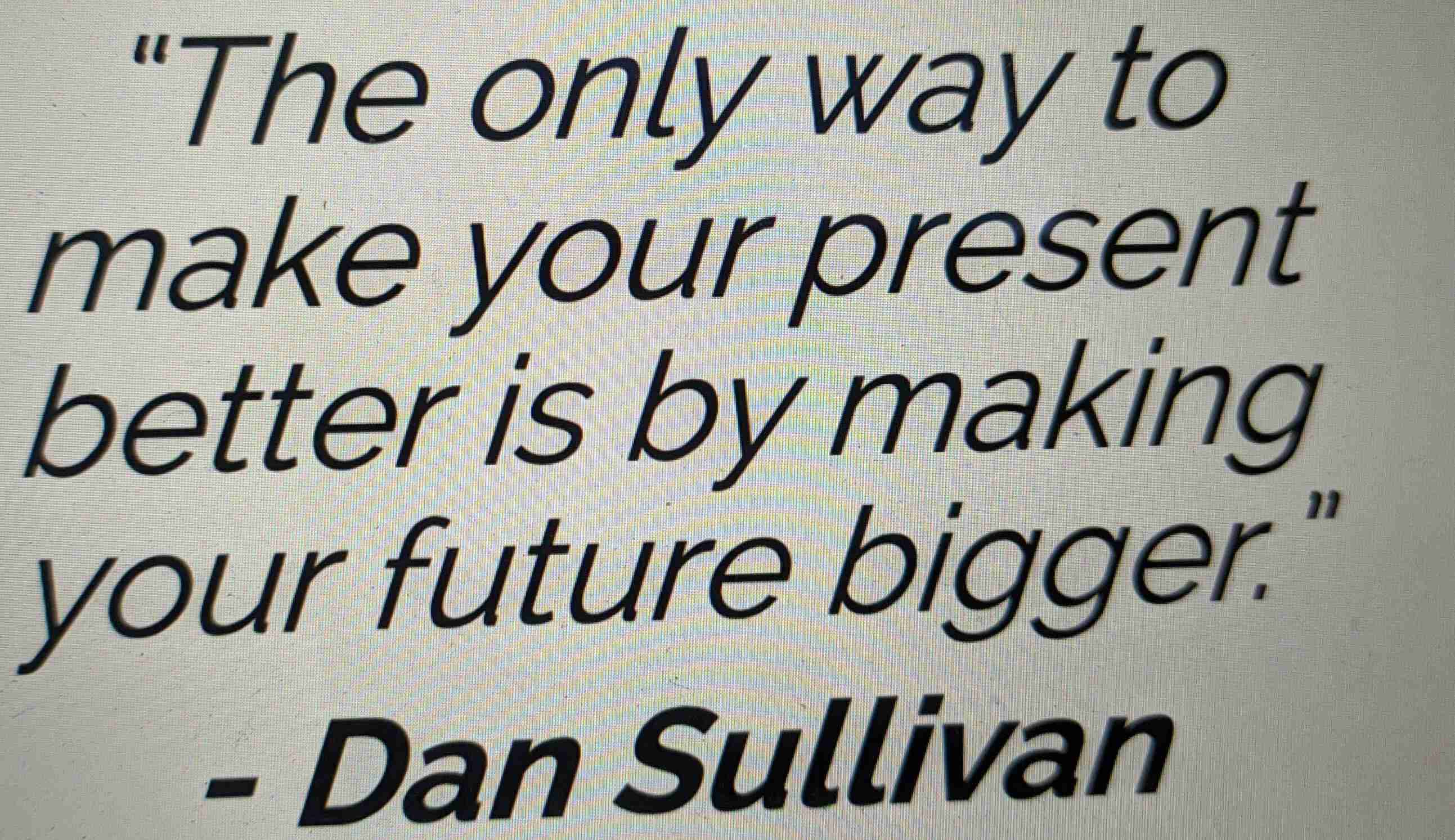 60 Minutes of learning a New Skill: I wish I had time. 60 Minutes on Netflix:.Time flies, Let’s watch another one.

Choose rightly and wisely, because what you prioritize and invest in today will determine your tomorrow.

“In just a few short weeks on the job, I had already realized that because every tough decision came down to a probability, then certainty was an impossibility — which could leave me encumbered by the sense that I could never get it quite right. So rather than let myself get paralyzed in the quest for a perfect solution, or succumb to the temptation to just go with my gut every time, I created a sound decision-making process — one where I really listened to the experts, followed the facts, considered my goals and weighed all of that against my principles. Then, no matter how things turned out, I would at least know I had done my level best with the information in front of me.” - Obama

The average person spends between 3–8 hours on the internet every day. How much of that time is deliberate, purposeful, and goal-oriented? When was the last time you got on the internet for a specific purpose, and then got off when that purpose was complete?

The internet is more distracting and hard to evade than a Las Vegas casino. When was the last time you had a full day where you ate exactly what you wanted, without impulsively grabbing something like sugar, carbs, or caffeine out of habit?

These examples are only to show how unconsciously we generally live. 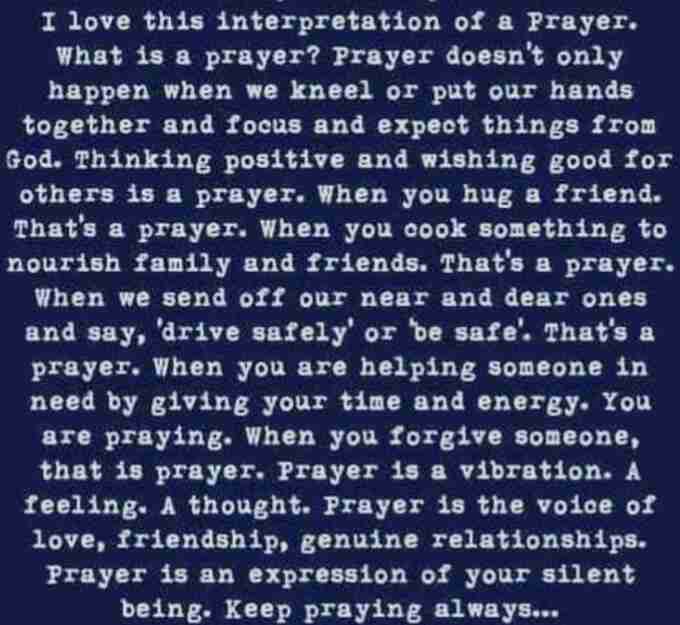 “Have I done any good in the world today? Have I helped anyone in need? Have I cheered up the sad and made someone feel glad? If not, I have failed indeed. There are chances for work all around just now, Opportunities right in our way. Do not let them pass by, saying, “Sometime I’ll try,” But go and do something today.”

In 2020, we lived below our means. Spent far lesser on travelling, eating out, buying random things, wasting our money on stuff that we thought we needed all along. And we realized, it isn’t all that bad without it. Life is not about stuff.

We are truly rich when we know we don’t need the validation of external riches to feel rich.

“How long are you going to wait before you demand the best for yourself?” “You should not be satisfied with mere learning, but add practise and then training. For as time passes we forget what we learned and end up doing the opposite, and hold opinions the opposite of what we should.” - Epictetus